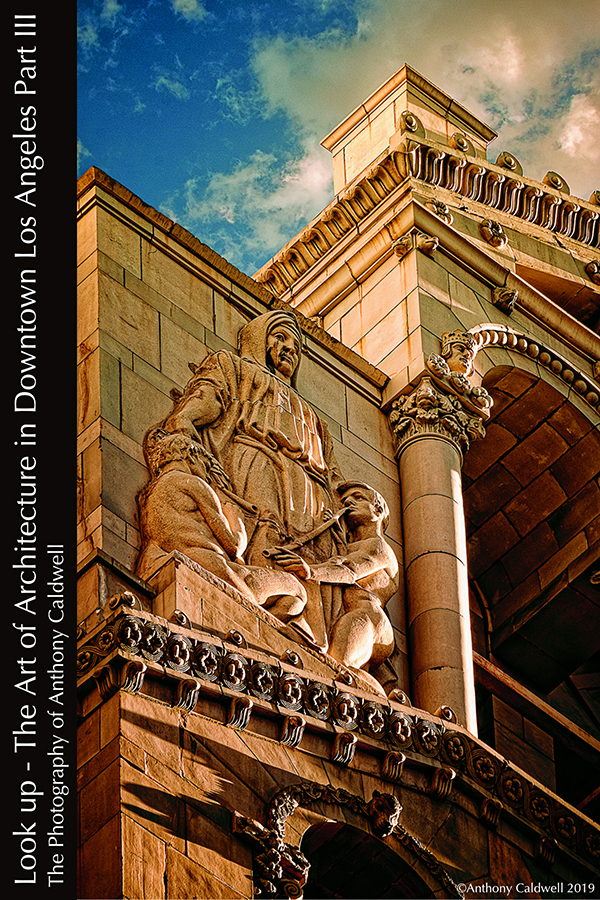 The population of Los Angeles exploded in the early 20th century from just over 11,000 in 1890 to 1.2 million in 1930. Many of Los Angeles’s most iconic buildings were built between 1900-1930, transforming the city from a small, dusty town to a major metropolitan area rivaling other major world cities. Los Angeles became a city of innovation and imagination. Among the buildings in this exhibition are LA’s first “real” skyscraper, the first escalator on the west coast, revolutionary construction techniques and some of the nation’s best examples of color terra cotta cladding.

The downtown area suffered a decline from the mid-to latter part of the 20th century. Residents, business and entertainment moved out of the city core. Buildings were abandoned and mainly left vacant. In recent years, downtown Los Angeles and the Historic Core have seen a great reawakening.

Using newspaper articles of the time, Images From the Present, Voices From the Past relates the stories these once-forgotten architectural masterpieces tell us about the people, ideas, and passions that built Los Angeles. Through the lens of Anthony Caldwell, you can explore these alluring images and stories.

Showing at this years Night on Broadway. Saturday, January 27, 2018